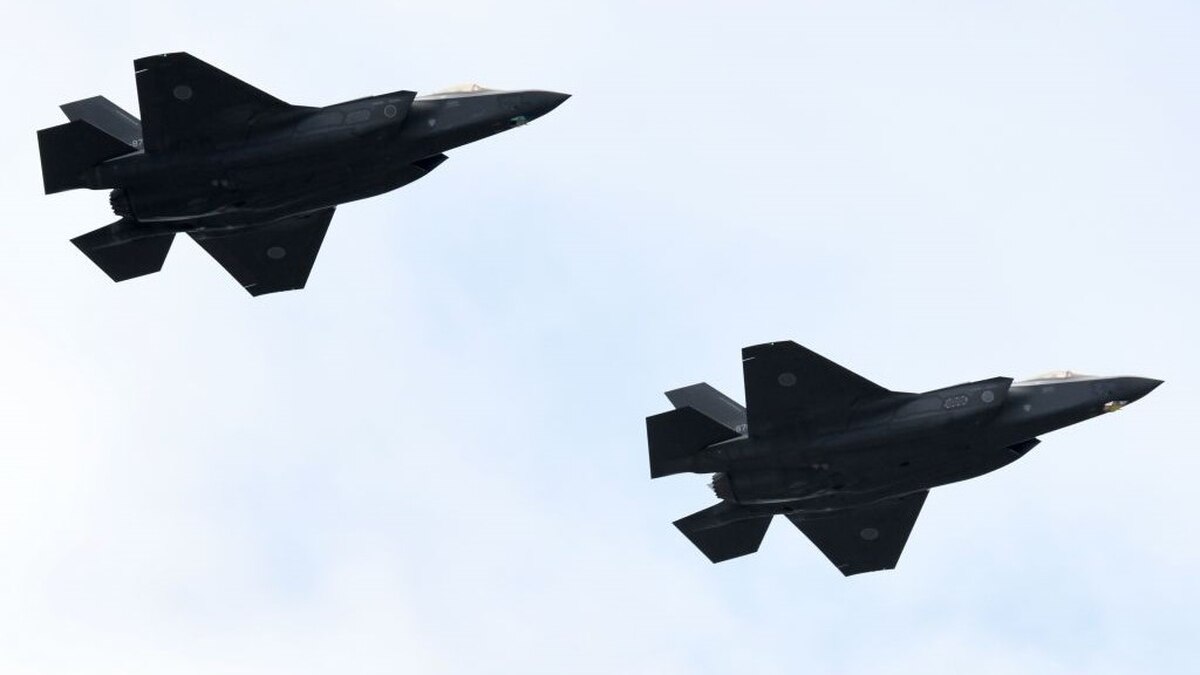 The U.S. has removed Turkey from the F-35 joint strike fighter program, and Turkey will lose its production work on the jet by March 2020, following its acceptance of the S-400 Russian-made air defense system last Friday.

However, a top Pentagon official would not close the door on Turkey rejoining the programin some form, should it reverse the decision to buy the S-400.

The White House issued a statement Wednesday confirming the move, which Washington had threatened for months.

“Turkey’s decision to purchase Russian S-400 air defense systems renders its continued involvement with the F-35 impossible,” the White House statement read. “The F-35 cannot coexist with a Russian intelligence collection platform that will be used to learn about its advanced capabilities.”

“Turkey has been a longstanding and trusted partner and NATO Ally for over 65 years, but accepting the S-400 undermines the commitments all NATO Allies made to each other to move away from Russian systems,” the statement continued.

Turkey, a partner in the F-35 program that helped fund the development of the jet, planned to buy 100 F-35As. Its first jet was rolled out in June 2018 in a festive “delivery ceremony.” Though Turkey formally owns its jets, the U.S. has said it has the power to keep the planes from moving to Turkish soil and intends to keep all four existing Turkish jets from leaving the U.S.

Lord avoided saying that the door was shut on Turkey returning to the program should the S-400 be removed from its soil and repeatedly used the term “suspension” to characterize Turkey’s status in the F-35 program. When asked twice whether Turkey could be welcomed back if the situation changes, Lord did not give a direct answer one way or the other.

“At this point, the Turks have made a decision. We have said the F-35 and S-400 are incompatible. We will work forward at this point to unwind the relationship,” she said.

All Turkish F-35 personnel have been informed they must leave the U.S. by July 31, including 20 individuals assigned to the Joint Program Office. Neither official would comment on if any of those individuals have requested asylum.

By March 2020, Turkey’s industrial participation in the F-35 program, which includes production on about 900 parts for the stealthy fighter, will be “unwound.” Lord said the projection is this will cost Turkey’s economy around $9 billion over the life of the program. American suppliers will initially fill those production roles, but the goal is to eventually farm some of it out to other partners.

Lord said the process will have “minimal” impacts on the larger F-35 program because of the planning that has already gone on for several months.

To move the production from Turkey to the U.S. will require between $500-$600 million in nonrecurring engineering costs, Lord said. Which partners, if any, would be willing to buy the F-35s already in production for Turkey was still being worked out.

Trachtenberg consistently delivered the same message over and over: that this situation is not one that should impact the broader NATO alliance. That includes Turkey’s participation in NATO exercises, particularly upcoming events in Georgia, Germany and Ukraine.

Asked several times how Turkey having an air-defense system that cannot be linked to other NATO systems and could be used to spy on NATO jets would not harm alliance cohesion, Trachtenberg repeatedly said the relationship between Turkey, the U.S. and NATO will be able to continue.

In a statement, Lockheed Martin, the prime contractor on the F-35 program, said, “This is a government-to-government matter, and as always, we are following official U.S. Government guidance as it relates to delivery of the F-35 to Turkey and the export of goods from the Turkish supply chain.”

“Over the last several months we’ve been working to establish alternative sources of supply in the United States to quickly accommodate Turkey’s current contributions to the program. These actions will limit any future production or sustainment impact and we remain on track to meet our commitment of delivering 131 F-35s this year,” the statement added.